What is an Analog CCTV System? 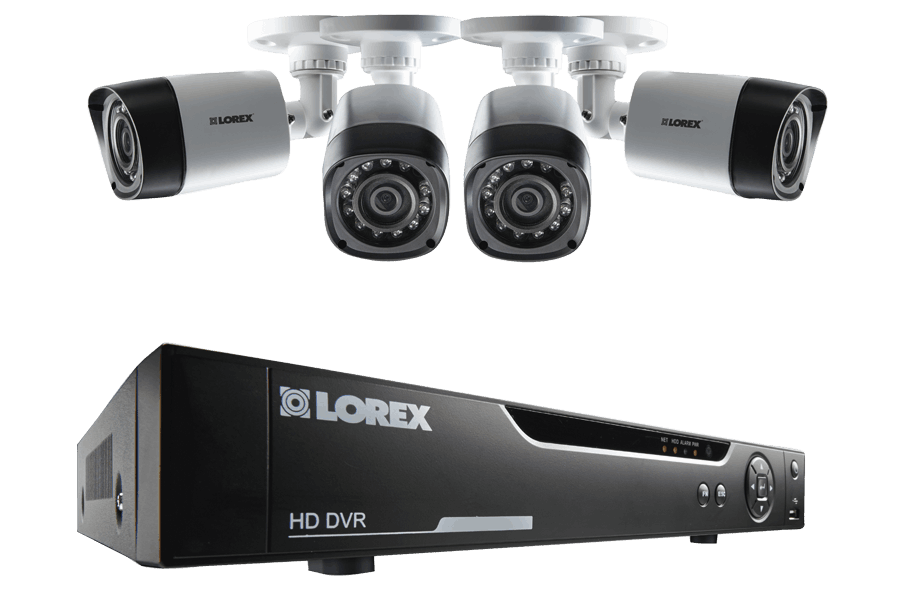 Cameras on an modern analog CCTV system send their video in the traditional base band format over coax or UTP cabling back to a digital video recorder (DVR). Here, video is digitized and stored on hard drives.

Video Security: Which is better for me?

If you’re thinking about installing a new video surveillance system, then you have to decide between an IP or analog video format. The intent of this article is to provide some information and perspective that will help you in making that choice.

What is an analog video security system?

Cameras on an modern analog CCTV system send their video in the traditional base band format over coax or UTP cabling back to a digital video recorder (DVR). Here, video is digitized and stored on hard drives. Most modern DVRs are a network device, and as such can be accessed remotely from the LAN, or with the proper configuration, from across a WAN or the internet. There are no tapes to change. Video is kept on hard drives, typically on a FIFO basis so there is always a rolling video archive of the past X days. So, despite the fact that video is being transmitted from the cameras in an analog format, live and recorded video is still available over the network.

What is an IP video security system?

IP video cameras broadcast their video as a digital stream over an IP network. Like an analog system, video is recorded on hard drives, but since the video is an IP stream straight from the camera, there is more flexibility as to how and where that video is recorded. The DVR is replaced with an NVR (network video recorder), which in some cases is just software since it doesn’t need to convert analog to digital. Video footage can then be stored on new or existing network RAID drives as directed by the NVR software.

What is a Hybrid video security system?

Hybrid CCTV systems combine IP and analog video, and can be a great way to transition an analog system to IP without needing to replace all of the existing cameras. Many NVR boxes on the market today are actually Hybrids in that they accept analog cameras, and IP cameras and combine them onto a a single platform for the user.

Why Choose an Analog System?

Why Choose an IP System?

Resolution. One of the biggest factors driving interest in IP video systems is the high resolution that they can offer. Analog cameras max out on resolution at about 580 TVL which equates to roughly 0.4 mega pixels. High end IP cameras on the other hand, are currently available at resolutions above 5 mega pixels. This high resolution in turn gives users the ability to zoom in on video after the fact, and still have usable video.

Another benefit to IP video is that it is much more compatible with wireless. Wireless analog systems are available, but they either have to convert to IP anyway and broadcast over the 802.11 IP network (which adds cost for encoders), or they get crammed onto the over saturated regulated frequencies and often encounter interference.

The Cost differences, in more detail

The cost differences between IP and analog can be significant, but that depends on the particulars of the design. Lets break this down into some prime factors that will affect cost:

IP Cameras are more expensive than analog. There are two reasons for this. First, an IP camera needs an internal encoder which adds to the manufacturing costs. To put things in perspective, an external encoder runs from $400 to $1000. Second, IP cameras don’t tend to come packaged with things like outdoor housings or infrared emitters. When things like this are required, they must be purchased and installed separately which drives up cost.

IP cameras are constantly putting high bandwidth video data onto the network, especially if mega pixel cameras are in use. Without the proper network speeds and traffic control mechanisms, an IP video system can bring your network to its knees. Also, don’t forget that each camera needs its own switch port, so more switches may need to be included in the budget.

DVR costs are fairly simple to understand. A DVR is a single unit, and has a single cost. NVRs on the other hand are more complicated. NVR software is typically licensed on a per camera basis and must be installed on a PC. The storage requirements for megapixel cameras are significant, and may require additional network storage. When comparing costs be sure to include the software, computer, and network storage in the total cost for the IP system’s NVR.

IP cameras use UTP cabling (at least 5), and analog cameras can use either coax or UTP (at least Cat3). In order to transmit analog video over UTP some inexpensive baluns are required, and coax cabling is slightly more expensive than UTP, so cabling cost for an analog system will be slightly higher.

Analog systems often involve a centralized power source for the cameras, and IP systems usually use Power over Ethernet (PoE). If the PoE switches are not already in place, they will be more expensive than the power supplies for the analog cameras.

IP Video will almost always be more expensive, but the availability of much higher resolution recorded images makes it a much more powerful system. The ability to digitally zoom in on recorded video makes identification much more likely.